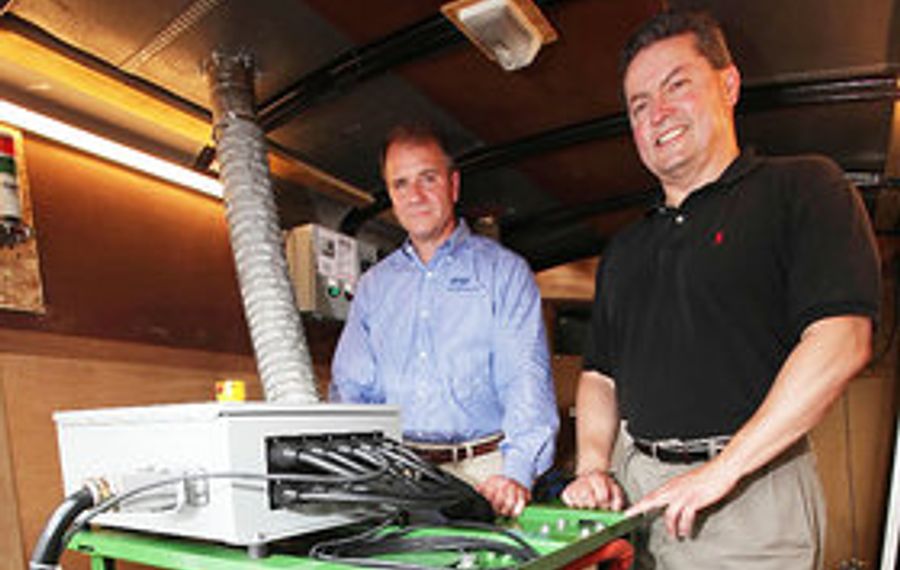 It’s the wrong mindset, he says.

“I say you didn’t get beat, you gave ‘em one,” Henderson said after the Bills’ practice Friday in Ralph Wilson Stadium. “Take that mentality. You gave ‘em one. Somewhere in your technique, you didn’t do something right. But if that guy runs the same play the next time, I guarantee you’ll make that play.”

“I’m just trying to get the negative mentality out of their brain,” Henderson continued. “You gave them one. Let’s move on.”

Henderson’s troops are aiming to move on Sunday when they face the Baltimore Ravens at The Ralph.

Bills cornerback Justin Rogers had a brutal day last week in New York, giving up two long TD passes. And the Bills’ secondary is all banged up. No. 1 cornerback Stephon Gilmore is out with a broken hand. No. 2 cornerback Leodis McKelvin only has been able to practice on a limited basis due to a sore hamstring this week. He’s officially listed as questionable, but consider him very questionable. No. 5 cornerback Ron Brooks is out with a broken foot. Oh yeah, and Pro Bowl safety Jairus Byrd has yet to play due to sore feet.

It’s Henderson’s job to pull the unit together against Ravens quarterback Joe Flacco, the reigning Super Bowl most valuable player.

The Bills think Henderson, 56, is ideally suited to the task. He’s the third most experienced coach on Doug Marrone’s staff. He has been a defensive coordinator at two other stops in the NFL. And he has a history with Marrone, having worked with him on the Jets’ staff in New York and last year as defensive backs coach at Syracuse University.

“There are a lot of coaches who are very knowledgeable but can’t get it taught,” said defensive coordinator Mike Pettine. “A lot gets lost in translation. I think he understands the learning styles of his guys and can boil it down into terms they can understand. I think that’s one of the reasons we’ve been able to get up to speed so quickly here. Conceptually, a lot of the things we’ve done have been because of that ability he has.”

Henderson chuckles at the suggestion his coaching tool box should include some duct tape this week.

“My term is glue,” he said. “But honestly, it’s a different challenge right now for all of us. We have some injuries. You talk about the next man stands up. What I’m trying to get accomplished right now is to be fundamentally sound with the guys and to make sure that I keep enough confidence in them.”

Henderson had several messages for Rogers this week. One was to avoid in-fighting downfield.

“If you look at some of the plays down the field that he got beat on, it’s what we talk about as far as jostling with receivers,” Henderson said. “If you jostle with the receiver, usually you’re going to lose, because the little subtle pushes that you get, the officials aren’t going to call them. ... How many times have you seen that happen? The DB starts jostling, he gets tripped up, he falls, touchdown. He had two of those. It’s better technique. Play better technique.”

Henderson’s other message to Rogers was: it’s in the past.

“Let’s move on from that,” he said. “The sooner we can shelve it, the better we can move on. That’s been my thing with him all week. He knows it.”

If McKelvin can’t play, free safety Aaron Williams will move down to cornerback. Henderson is pleased with Williams so far.

“With him having the flexibility and having the experience of being out there, I’m not even concerned with him, really,” Henderson said. “I know he’s a football player, and he’s intelligent. He’s not the same guy he was last year, by no means. He’s playing with way more confidence. Some of the things he got beat on last year, we addressed.”

“He tells it exactly how he sees it, so you always know exactly where you stand,” said safety Jim Leonhard. “As a player, you appreciate that. You never want to feel like you’re getting lied to. He’s seen everything and done everything coverage wise and he knows what wins.”

“I think he’s a hard-nosed coach, and he’s taught me a lot,” Gilmore said. “He’s hard on you in practice. I don’t think I’ve had a coach like that since I’ve been playing football. But it’s a good thing. When you go out on Sundays, he’s more laid back and just lets you play. But during practice he’s really on you and doesn’t sugar-coat anything.”

Henderson grew up in the Watts section of Los Angeles, played at Utah State and was drafted by Detroit in 1980. He suggests he has mellowed since his early coaching days.

“In the secondary you can not mince words,” he said. “When you mince words in the secondary, it becomes, ‘I thought you meant this?’ ... It’s either corrections or directions, and which one would you prefer? Directions. I’m direct, straight to the point, so you don’t have to sit there and wonder what happened.”

The Bills are the 14th stop in Henderson’s 31-year coaching career. He won a Super Bowl ring as defensive backs coach of the Ravens in 2000. He was Jets defensive coordinator in 2004 and 2005. He was Lions defensive chief in 2006.

He knows the fickle nature of the profession. His 2004 Jets defense ranked seventh in the NFL. In 2005, the Jets lost their two key offensive players (Curtis Martin and Chad Pennington), and he was fired along with head coach Herm Edwards. In 2006, the Lions struggled to a 3-13 record. Then head coach Rod Marinelli replaced Henderson with his son-in-law, Joe Barry. (Henderson holds no grudge. He knew such a succession plan was a possibility when he took the Lions job.)

“It makes you recognize that every day is a new challenge,” Henderson said. “And the way you wake up every day is you look at it straight in the face and say, ‘I’m here today, and make the day the best day of my life.’ Make sure it’s a good day. Because you’re going to have bad days. But you don’t want to have too many.”