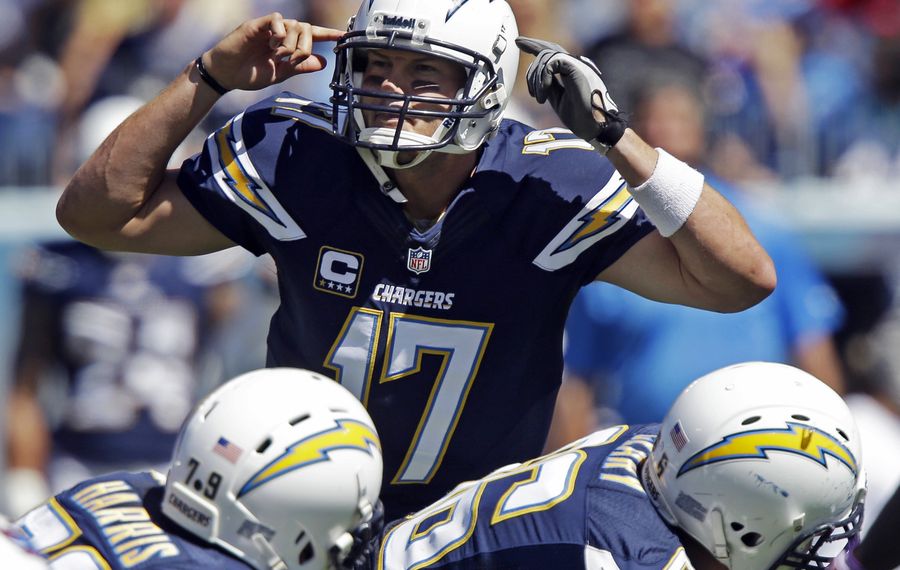 A combination of bye weeks, injuries and performance-based changes have shuffled the quarterback rankings heading into Week Four of the fantasy football season.

Carolina and Green Bay are the first two teams this season to have their bye weeks, taking two of the best fantasy quarterbacks in Cam Newton and Aaron Rodgers out of the mix.

In Oakland, Terrelle Pryor suffered a concussion in Week Three for the Raiders and is questionable for their game Sunday against Washington. Pryor would have been an attractive play this week against the league’s worst secondary (Washington has given up 1,068 passing yards and eight touchdowns to opposing quarterbacks), but his status now must be closely monitored – especially considering Oakland’s late start Sunday.

In Tampa Bay, the Buccaneers pulled the trigger on the first quarterback benching of the season by replacing Josh Freeman in the lineup with rookie Mike Glennon. Neither of those players, however, have much fantasy value.

Here’s a list of quarterbacks who might be available in your league and who could step into a lineup in Week Four without embarrassing themselves (or you):

• Joe Flacco, Baltimore: The Ravens have thrown the ball only 57 times the past two weeks, but Buffalo’s problems in the secondary have been well-documented. Flacco, who is owned in 59 percent of ESPN fantasy leagues, has seen his yards per attempt this season dip to just 6.25, but the Bills have given up at least two passing touchdowns in their first three games.

• Philip Rivers, San Diego: Despite having the fifth-most points among quarterbacks (with 62) in ESPN leagues, Rivers is owned in just 67.5 percent of them. That’s a strange ratio. He’s proved to be at least worthy of a backup spot on fantasy benches, and has a 7-to-1 touchdown-to-interception ratio so far.

• Andy Dalton, Cincinnati: Dalton has thrown for multiple touchdowns in two of three games this season, but it hasn’t done much to attract fantasy owners. He’s been used as a starter in only 31 percent of CBS Sports leagues. Dalton plays at Cleveland this week. He torched the Browns for 699 yards and six touchdowns on 71 percent completions last season, but the Cleveland secondary has been stronger the first three weeks of 2013. The Browns have allowed a middle-of-the-pack 15 points per game to opposing quarterbacks, and given up only two touchdown passes.

• Ben Roethlisberger, Pittsburgh: If you’re setting your lineup based on the matchup, Big Ben is a solid play in London against a Vikings defense that has allowed eight passing touchdowns this season. Most of Roethlisberger’s production in Week Three, when he threw for 406 yards and two touchdowns against the Bears, came in garbage time. But as fantasy owners know, there’s really no such thing.

• Alex Smith, Kansas City: The surprising Chiefs are 3-0, thanks in large part to the steady Smith. He’s thrown for four touchdowns and hasn’t been intercepted yet. While he doesn’t throw the ball down the field a lot, he’s got a good matchup at home against the New York Giants, who have given up an average of 21 points per game to opposing fantasy quarterbacks.

Running back C.J. Spiller, a first- or second-round pick in almost every fantasy format, ranks 41st in fantasy points at his position after the first three weeks, gaining just 153 yards on the ground and failing to reach the end zone. Given that the Baltimore Ravens are giving up just 75 yards per game, it looks like another tough week for Spiller. Given his draft position, you probably can’t afford to bench him, but be prepared to be disappointed.

The Bills’ best fantasy option remains receiver Stevie Johnson, who ranks 13th at his position in scoring. Johnson missed practice Wednesday with a hamstring injury, but he’s a good bet to be on the field Sunday. Since taking over as a starter in 2010, he has played in 51 straight games.

A fantasy sleeper option for Buffalo is tight end Scott Chandler, who caught a 33-yard touchdown last week against the Jets. The Ravens have allowed 11 points per game against opposing tight ends, sixth most in the league.

Ravens running back Ray Rice is expected to return to the Baltimore lineup after missing Week Three. He might split carries with Bernard Pierce, but Rice’s matchup against a Buffalo defense that’s ranked 30th in the league against the run is too enticing to sit him. Consider him a No. 2 or flex player.

As mentioned above, Flacco is a good replacement play this week, while his favorite target, Torrey Smith, has No. 1 receiver potential against a beat-up Bills secondary. Smith hasn’t scored a touchdown this season, but has 16 catches for 269 yards.