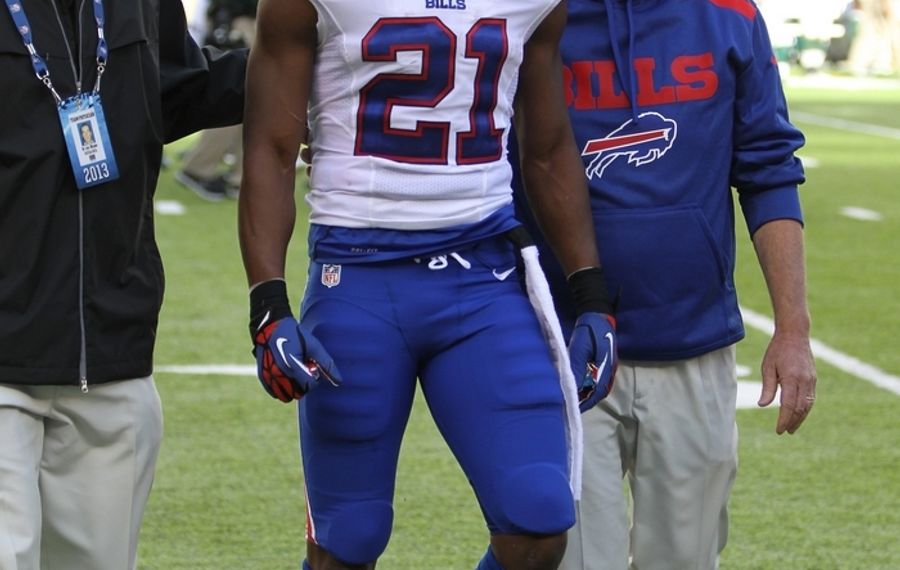 EAST RUTHERFORD, N.J. — The Buffalo Bills’ defense is in tatters. They’re hurting on offense, too.

While surrendering 513 yards in a 27-20 loss to the New York Jets at the Meadowlands, the Bills lost several important players to injuries.

Bills coach Doug Marrone didn’t have an update on Williams, who was spotted limping mightily in the corridor outside the locker room after the game. Williams didn’t have crutches, but he labored to walk after getting an X-ray.

Carrington was carted off the field with a left knee injury in the fourth quarter. His leg was in an immobilizer brace, and he needed help to get dressed in the locker room.

Spiller and Urbik left in the third quarter with knee injuries. Spiller ran 10 times for 9 yards and caught one pass for 1 yard.

Already down a couple of cornerbacks, the Bills’ secondary was thinned out even more on the game’s opening drive.

McKelvin, their top cornerback over the first two games, left the game with a hamstring injury and didn’t return. McKelvin was the Bills’ leader with seven pass breakups.

Bills cornerback Justin Rogers was picked on throughout the game. He was the defender on deep touchdown passes to Stephen Hill (51 yards) and Santonio Holmes (69 yards) and two long third-down conversions.

“This is one you don’t want to remember at all,” Rogers said. “It’s just one of those days. As fast you can, move on and get it out of your memory.”

Marrone conceded he feels thin in the secondary.

“I’ll be looking forward to seeing what the doctors say where we’re at and what’s going on,” Marrone said, “and seeing what we can do to better our situation back there, whether we have to maybe change some of our philosophies in what we’re trying to get done.”

“We had to reach up in our bag of tricks,” Rogers said of the changes. “But it didn’t mess us up at all.”

Williams declared himself ready to return to cornerback full-time if that’s where the Bills want him.

“We gave up too many balls over the top,” said Leonhard, who had an interception on a Geno Smith bomb. “Any time you do that, you’re going to be in for a fight.

“I don’t think there’s really any excuses. Guys have got to step up and make plays. As a secondary, we’ve got to rally around each other when we know things are a little bit crazy. We’ve got to play better than we did today. We’ll put that square on our shoulders.”

Analytics would calculate an infinitesimal chance for the Jets to win Sunday.

The Jets lost the turnover battle with a pair of interceptions. The Bills had none.

Egregious were the penalties. The Jets set a team record with 20 penalties for 168 yards. They also had a 15-yard unnecessary roughness penalty declined. The last team to win a game with 20 penalties was the 1951 Cleveland Browns.

“Obviously, whenever you lose a tight game you’re kicking yourself,” said Leonhard, a former Jet. “It’s a division game. It means a lot. To not get that win definitely hurts. We definitely felt like we let one slip.”

Against former defensive coordinator Mike Pettine, no less, the Jets’ 513 yards are the most gained since Rex Ryan became head coach in 2009.

“It’s just the way it works because Mike is a heck of a football coach,” Ryan said. “It’s just sometimes these things happen. You give up big plays and that number happens.

“Obviously, I’d rather be on this end than that end. But he’s an excellent football coach. I tell you what, when they get a couple of their defensive players back, they’re going to be tough.”

He was sacked eight times by the Jets, tied for 10th-most in Bills history for a single game. The last time the Bills allowed at least eight sacks was in December 2000 against the Indianapolis Colts.

Safety Jairus Byrd was inactive for a third straight game because of plantar fasciitis. Byrd, labeled doubtful for the Bills’ first two games, was listed as questionable Friday on the final injury report.