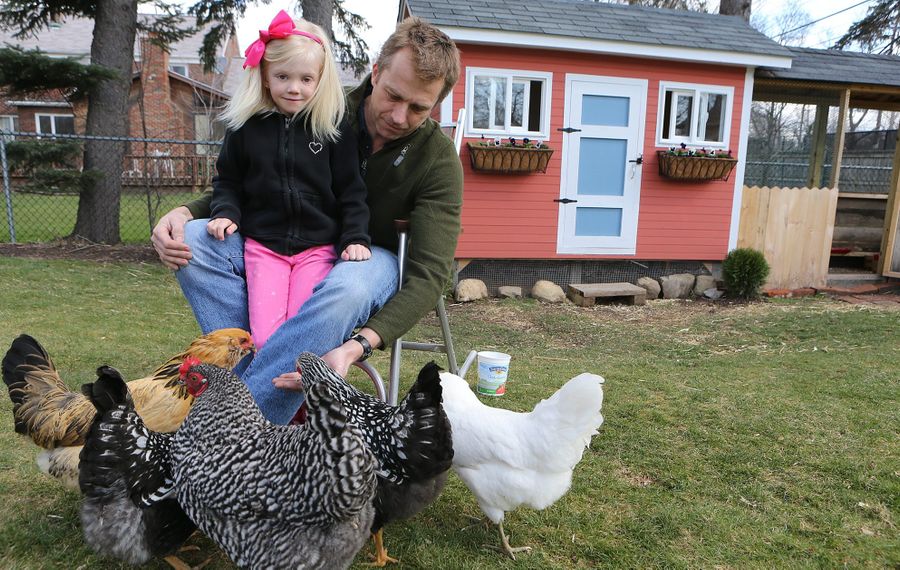 Amherst’s chickens may be coming home to roost after all.

After an unpopular ruling against chicken rearing left egg on the faces of town zoning officials, board members said Thursday that they have agreed to give the chickens another chance.

“We sat back and took another look at it,” Zoning Board Chairman Matthew Plunkett said. “There may have been some confusion about what the Town Board intended for us to do.”

The clucking began when zoning officials recently denied the town’s first application from a resident to raise backyard chickens, despite a new town law allowing the animals under certain conditions.

The move had town resident Brooks Anderson – who built an elaborate chicken coop in his Snyder backyard – crying fowl and even threatening to sue the town.

But tensions appear to have dissolved with the Zoning Board’s decision to re-hear Anderson’s chicken application at its meeting next month.

“It gives them a mulligan,” Anderson said. “I’m happy that they have opened the door again.”

There’s still no guarantee that Anderson will be able to keep his six chickens.

But Town Board members who side with Anderson say the reversal is an indication that his application is likely to be approved by the Zoning Board this time around.

“If this isn’t good enough, what kind of level of coop are they trying to get to?” asked Council Member Steven D. Sanders. “It looks like a playhouse for kids more than anything else.”

By most accounts, Anderson’s eight-page chicken application – complete with drawings, photos and an executive summary – is a model for the other would-be chicken owners who are waiting to apply for the birds.

The only obstacle may be an anonymous letter from two neighbors who object to the concept of keeping chickens near their homes.

But even Plunkett, the Zoning Board chairman, said those opinions perhaps deserved less credence in the debate.

“I’m more likely to hear something that has a name on it,” Plunkett said. “If someone wants to be heard, the thing to do is to show up at the public hearing and be heard, or just sign it.”

Anderson said he is glad to get another chance to make his case.

He is even hosting an open house next month in his backyard to take questions from neighbors and board members and to explain how chicken rearing works.

But he acknowledges that he never thought that a few backyard hens would create such a flap.

“I think that’s important, to actually get people to understand what a ridiculous fight this is,” he said. “We’re not trying to save the whales or fight toxins in out watershed. We’re just trying to raise a couple of pets.”