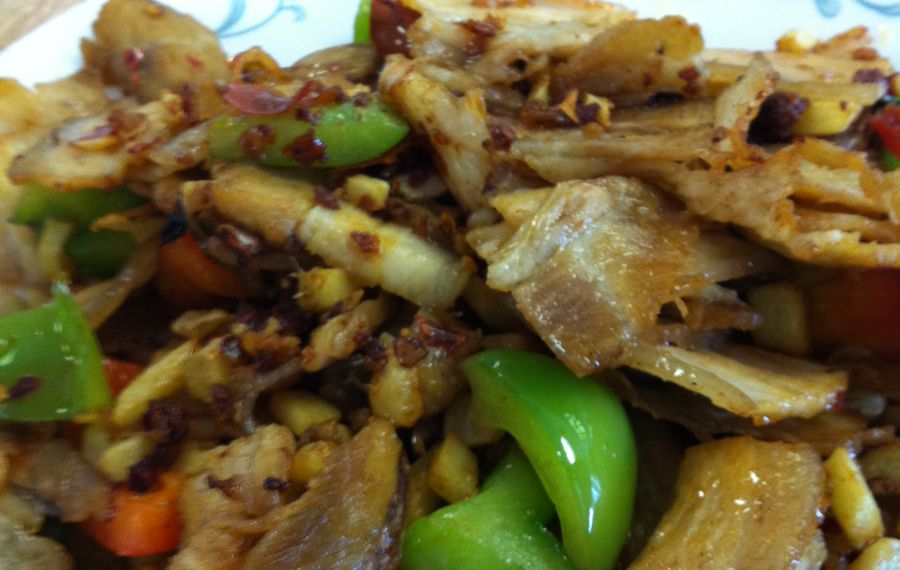 If you've stopped going to Chinese takeout places because all their dishes seem the same, and not in a good way, consider Peking Quick One, which I reviewed in today's Gusto section.

It's not a first-class Chinese restaurant; it doesn't even have waitstaff, in the classic sense, although they will bring your food out to where you're sitting. If you want water you can get a styrofoam cup by where the pot of free tea sits, and go over to the soda cooler, where you can pour yourself some water from one of the pitchers on the bottom shelf.

What Peking Quick One does have is the kind of Chinese food that Chinese people like. Which is rare enough in Western New York that it deserves a bit of spotlight.

The small restaurant (359 Somerville Ave., Tonawanda, near Brighton and Eggert; 381-8730) has been serving a largely Asian clientele during my visits. The reason is not the American Chinese menu on the counter, but the Chinese Chinese menu (it's labeled "Home Style") kept behind the counter. Ask for it.

Here's a picture of the "Spicy Double-Cooked Pork" (No. 27, $8.50) that my friends and I enjoyed there last month. It's not a pretty picture (blame the phone camera and low light, not the photographer - thanks, Doug!) but I can testify that the flavors were outstanding.