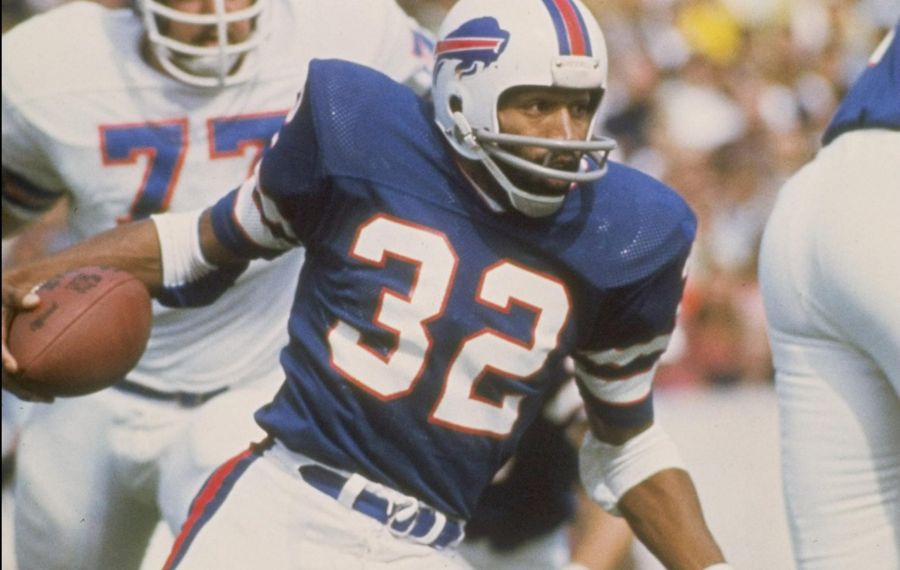 Here's a great example of selling at a high, football style.

O.J. Simpson had been a Hall of Fame-level player for the Buffalo Bills for much his career. He was hurt in 1977, though, and played only seven games. When Chuck Knox took over in 1978, he decided to completely rebuild the franchise, and his plans didn't include an aging running back.

So Simpson was shipped to the San Francisco 49ers for five draft choices, including a first-rounder in 1979. Knox drafted Terry Miller to replace Simpson in 1978.

The deal was a very good one, and it could have been even better. Simpson was essentially done at that point in his career, never gaining more than 600 yards in either of his two seasons in San Francisco. The draft choices helped Buffalo's rebuilding, although that first-rounder took a bit of a detour.

The Bills used it to take Tom Cousineau, who fled to join the Canadian Football League. Think Kellen Winslow or Dan Hampton could have helped the Bills?

Budd Bailey– Budd Bailey is a retired reporter and editor from The Buffalo News. He has served in a variety of roles in Buffalo sports in the past 40+ years, including reporter, talk-show host, baseball announcer, and public relations staffer. Budd has had 11 books published.