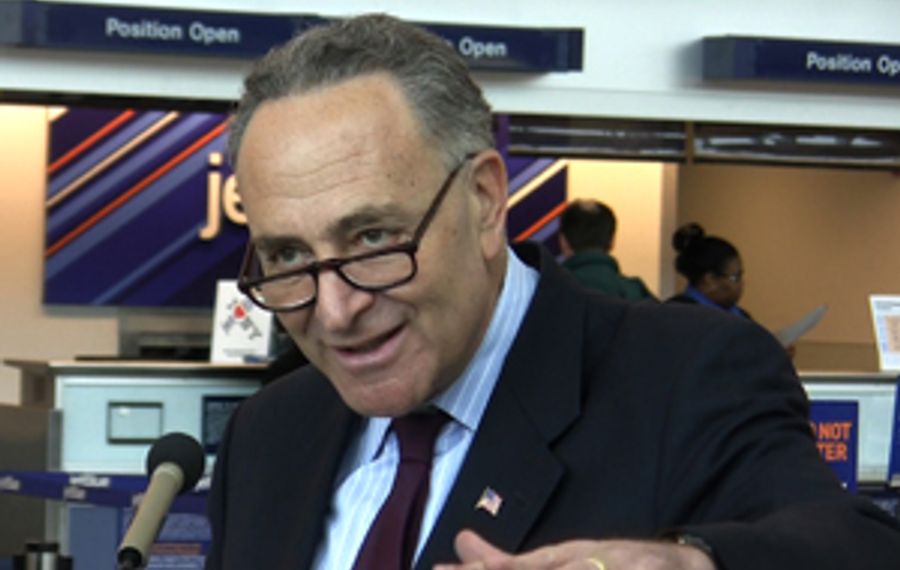 His proposal would bring in machines that electronically scans passenger IDs to weed out the fakes, spot aliases and alert authorities to outstanding warrants.

"They're going to have one medium-sized airport — which Buffalo is — be a test case, and we want it to be Buffalo," he said this afternoon at a news conference in Buffalo Niagara International Airport.

Schumer's call follows a recent security lapse at the airport. Federal agents arrested TSA employee Minnetta Walker earlier this month on charges that she provided information to suspected drug dealers and helped them get past security checkpoints with minimum security.

"If these machines had been installed in Buffalo the scheme would never have gotten off the ground and this TSA agent couldn't have done anything to help these drug dealers," he said. "That is the biggest point."

Buffalo is a good fit for the medium-sized test case because it offers international flights, fits the size requirement and has a "demonstrated need" considering its close proximity to the Canadian border, he said.

Listen to the full news conference with Schumer:

Schumer also answered reporters' questions on a variety of other matters including the U.S. military engagement in Libya, his attack on phone applications that allow drunk drivers to avoid sobriety checkpoints and the NFL lockout and future of the Buffalo Bills: