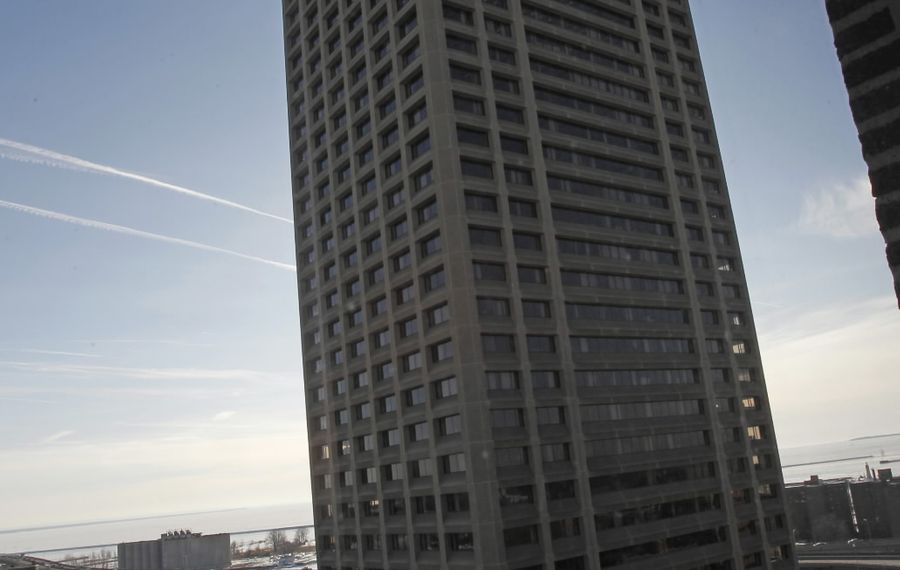 HSBC Bank has another 90 days to consider whether it

wants to build a new building in front of HSBC Arena on what is called the Webster block. The Buffalo Common Council granted the three-month extension on its rights to the land, the second extension the bank has received. The bank is the largest tenant in the city's tallest building, the 38-story HSBC Tower, and plenty of downtown landlords are fearful that if the bank leaves the tower, downtown are will be flooded with available space. The bank says it is considering several options, including staying in the tower.

Shareholders of Wilmington Trust, the bank with the largest market share in Delaware, approved the sale of the historic bank to M&T

Bank Corp. Some had grumbled that the price was too low, but with no other potential buyers, shareholders went along. M&T plans to rebrand the bank and its branches, but keep the Wilmington Trust name on the lucrative wealth management business.

Despite the snow blowing today, a sure sign of spring has arrived: the Welland Canal is open. The annunal Top Hat ceremony for the first "up-bound" boat through the canal signals the beginning of the shipping season. St. Catharines-based Algoma Central Corp. also announced it was investing in seven new lake freighters, bringing new, more efficient ships to the Greak Lakes.

Fiat will be coming to Western New York, but not to West Herr.

Who is getting hired, promoted and honored...

A video about the new lake freighters.