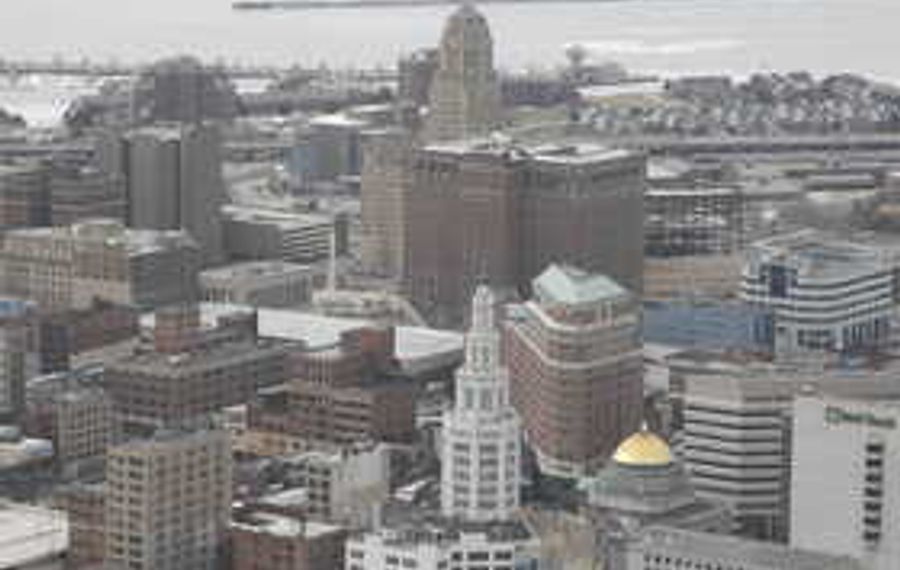 Leading the Business Today section of today's Buffalo News, a story about how a national accounting firm has ranked us high on a list evaluating the business climate in not-so-giant cities.

Meanwhile, you might be able to buy something from one of Buffalo's more successful businesses...
- $2 billion in shares of M&T to go on market - Jonathan D. Epstein/The Buffalo News
Nearly one-fourth of M&T Bank Corp.’s outstanding shares — worth more than $2 billion — could hit the market sometime this year, as shareholder Allied Irish Banks PLC is being forced by the government of Ireland to unload its 7-year-old investment to raise capital.

... and from one of its largest business woes
- Statler’s construction equipment next up for auction - Matt Glynn/The Buffalo News
The court-appointed trustee in the Chapter 11 bankruptcy case, Morris Horwitz, is asking for a judge’s approval to auction off construction equipment and materials from the Statler. The property was mothballed in January, and plywood was affixed to its first-floor exterior windows and doors.
U.S. Bankruptcy Court Judge Carl L. Bucki will hear Horwitz’s request on April 15. With the judge’s assent, Cash Realty & Auctions plans to conduct the auction May 1 at its facility on Main Street in Buffalo.
Items on the list include a forklift, scissor lift, a compressor, pallets of tile, sections of scaffold, and tools.

Finally, some music to add it all up by:

[Yes, that was Keith Moon doing the intro.]